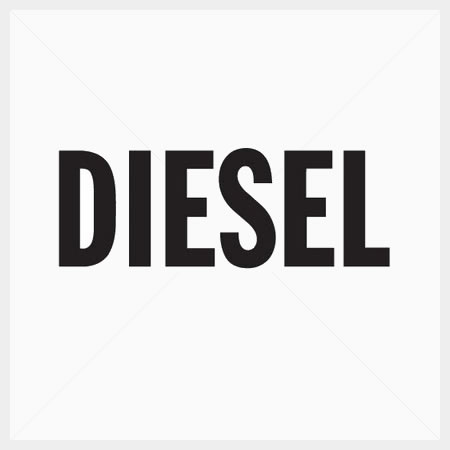 Diesel is a well known Italian clothing company originally specialising in jeans and other items of casual clothing for the young adult market.  The brand has since its inception moved on to all sorts of fashion accessories such as fragrances, shoes, underwear, watches and jewelry, having even recently developed a highly desirable limited edition version of the new Fiat 500 alongside Fiat with dark urban colours, denim seats, chrome diesel logos and other styling touches. The company is based in Molvena in northern Italy and was founded by Renzo Rosso in 1978. It’s relatively new perfume department has extended the reach of the company bringing their extremely loyal customer base with them in their goal to create interesting and unique fragrances for both men and women that perfectly suit their design direction and that can be accessorised with all the other items in their ever growing line. Diesel recently signed with L’Oreal that have been commissioned to create Diesel fragrances for men and women, this partnership has recently seen the release of the extremely successful Fuel For Life For him and her that launched to overwhelmingly positive reviews. The following is a list of fragrances for both men and women that have been released to date by the company, their release spans from 1996 to 2010: Diesel (1996), Diesel Fuel For Life for Men (2008), Diesel Fuel For Life for Women (2008), Diesel Fuel For Life Unlimited (2008), Diesel Green Feminine (2004), Diesel Green Feminine Special Edition (2003), Diesel Green Mascline (2003), Diesel Green Masculine Special Edition (2003), Diesel Zero Plus Feminine (2000), Fuel For Life Femme (2007), Fuel For Life He Summer (2009), Fuel For Life Homme (2007), Fuel For Life She Summer (2009), Only the Brave (2009), Only the Brave Bunka (2009), Only the Brave Music Animation (2010).