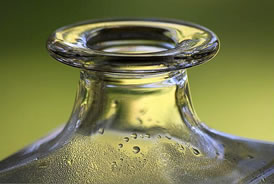 The following is a description of the subcategories that exist under the traditional classification of oflactive families. These were developed from the early twentieth century onwards and are heavily dependent on nature but also on geography in order to identify and taxonomise the different natural scents that went into perfumes at the turn of the last century.:

Amber: Quite a broad class of scents that is composed of sweet, and animal smells such as labdanum and ambergris and tend to be sweet in fragrance and bring to the imagination the Middle or Far East. These scents also tend to have a synergistic effect with vanilla, flowers, woods and may be amplified by camphorous oils and incense resins.

Chypre: Chypre is the French word for the Mediterranean island of Cyprus. Scents in this family would have once been associated with the island and include Bergamot, labdanum. oakmoss, and patchouli.

Floral Bouquet: This is a combination of different single floral scents into a synthesis or bouquet

Fougère: Fougère is the French word for fern, smells that belong to this category tend to be more masculine in nature, smelling quite woody and herby and often built over a lavender or oakmoss base.

Leather: This family of fragrances are typified by strong middle and base notes that bring to mind the smell of leather. These smells include wood tar, tobacco and .honey

Single Floral: Single floral are simple fragrances that originate from only one source flower, such as rose, or carnation.

Wood: These smells consist of all the well know wood smells found in various essential oils such as agarwood, cedarwood, sandalwood and Patchouli..