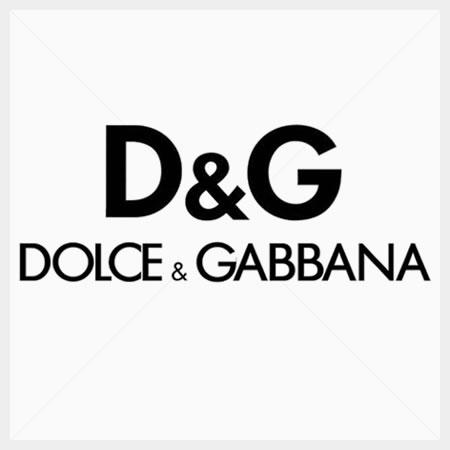 The brain child of Italian designers Domenico Dolce & Stefano Gabbana, Dolce &Gabbana was founded with the vision of bringing timeless formal designs to the marketplace that would endure the test of time rather than being made obsolete season on season. Known for their austere colour schemes (mostly black) and geometric lines a Dolce&Gabbana design can be spotted from a mile away and the company has spawned many cheaper high street imitators over the years. They also specialise in accessories  such as eyewear, purses and bags, and timepieces, as well as ready to wear garments. Dolce&Gabbana also have a second line that is called D&G, this arm of the company is more focused on creating trend setting urban designs, more colourful and flamboyant in nature D&G also seem to be aimed at a younger crowd and as such are more affordable than the Dolce&Gabbana line. The D&G label is also home to an ever-growing line of fragrances for both men and women. D&G perfumes and colognes have established quite a foothold in the perfume market and are often accompanied by extremely provocative advertising campaigns featuring top supermodels. Their latest fragrance project features the release of an unparalleled five fragrances under the title The D&G Fragrance Anthology.